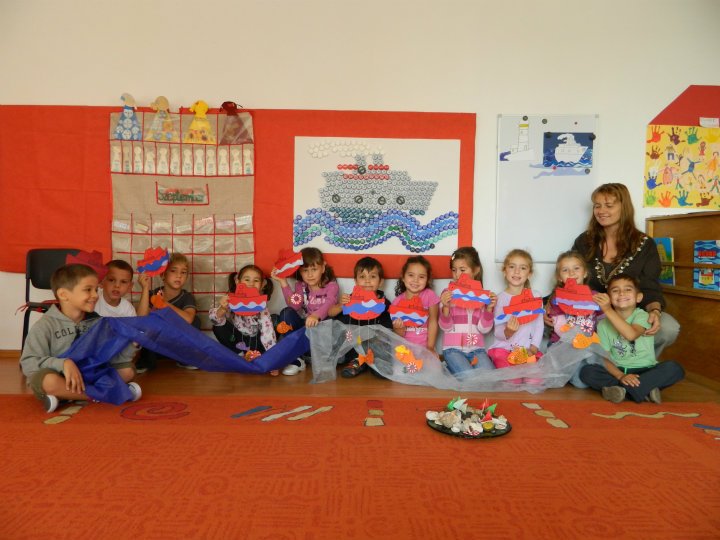 The kindergarten is a Hungarian-English one. Nowadays the life is unimaginable without knowing a language of international circulation. Without overburdening the children, they learn English in an easy way. We have English speaking volunteers who communicate with the children in English. Theyl spend seven hours a day with the groups next to the nursery teacher. In this way our children will learn more easily how to express themselves in English. Every Wednesday at five o’clock in the afternoon an extra music lesson starts in the nursery.

As the computer and Internet related technology dominate our lives in the 21st century we believe it is vital for children to accept the computer as a part of everyday life. Using age appropriate software, our aim is to familiarise the child with basic use of the computer. Carefully selected software provides the opportunitites for them to improve their language skills as well as learn things such as shapes, numbers, colours, name of the animals, to differentiate sounds etc.

The children study Romanian language too. The fact, children whose mother tongue is Hungarian have serious difficulties in the elementary school if they don’t know some Romanian. There are gym classes in the curricula and parents may opt for a fitness class, folk and modern dance class, swimming class as well.

The aim of our activity is both the Christian education and creating the most favourable, satisfactory conditions for them to grow up, to satisfy their thirst of knowledge, the intellectual curiosity. 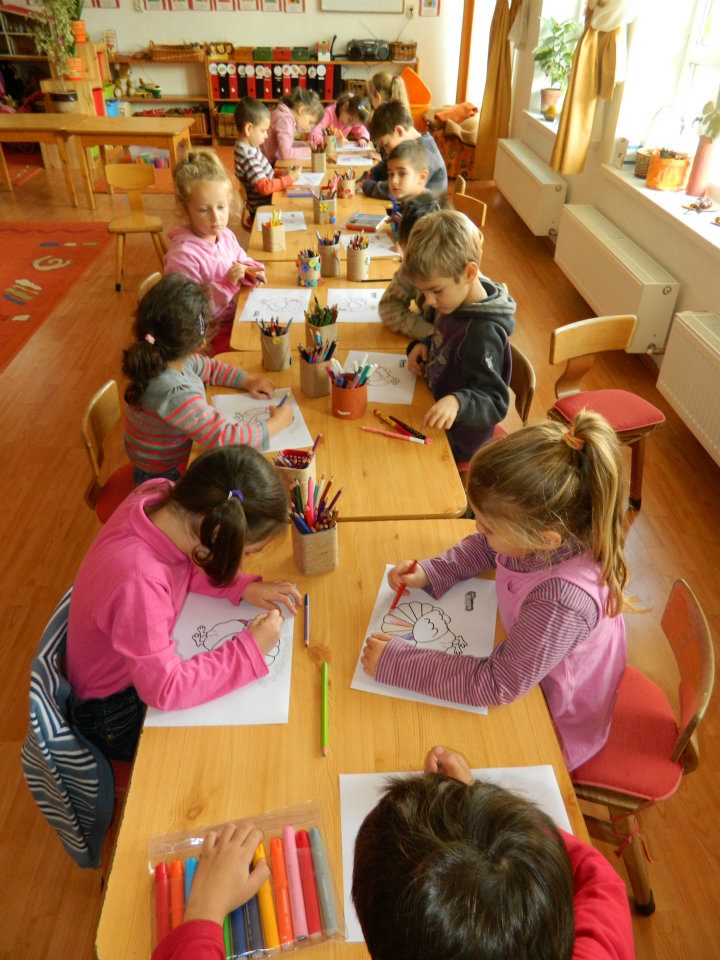 For us is very important to create the proper environment for the children to play freely and passionately. Approaching to the school age we are focusing more on learning, developing manual skill and thinking. We would like for our children to become faithful, well-balanced, very worthy persons for our church and society.the children. The phrase “ora et labora” = pray and work – in the case of our children is changed to: play, pray and learn!

The year before last year 45 children attended our kindergarten in three groups. In the 2008–2009 school-year there were already four groups. Two nursery groups, each of ten children (two-three years old), these were lead by Eszter Simon and Éva Ambrus, one little group (three-four years old children), guided by Csilla Jankó, and the big group (five-six years old children) lead by dr. Emőke Lészai.